Nuri and the Whale 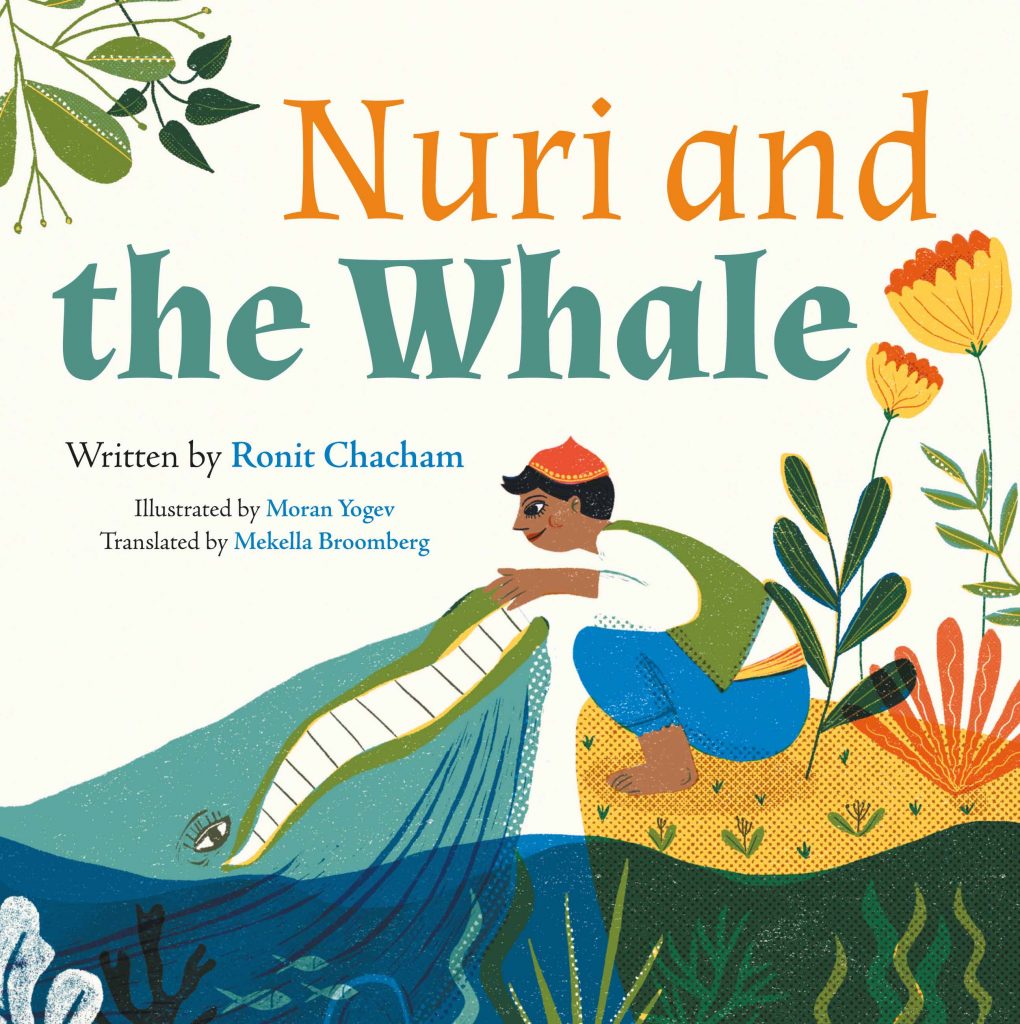 Subject: Touching story about a boy who casts bread into the water

“They say he met the King of the Sea, who taught him something important.”

“And it all happened because he fed a fish!”

“And it all happened because he shared what little he had.”

Every day young Nuri makes his way to the sea shore to eat some bread and throw a piece into the waves. He does so because his father always told him to “cast your bread on the water”. Even though Nuri can’t remember the second part of that beloved saying he grew up hearing, he follows his father’s advice and generously feeds the small fish in the sea.

Until one day, Nuri slips and falls into the water where he meets the fish he had been feeding. As Nuri marvels at the treasures hidden beneath the waves, the fish takes him all the way to the bottom of the sea. There, Nuri meets Whisewhale, the King of the Sea.

Wisewhale teaches him something very important about the saying his father passed on to him all those years ago. This will change Nuri’s life forever, he just doesn’t know it yet.

Told in utterly beautiful prose, this heartfelt story is inspired by the Hebrew Bible verse,

“Cast your bread on the water, and one day it will come back to you.” – Kohelet

(Ecclesiastes) 11:1. Through moving and uplifting encounters, Nuri teaches readers the value of kindness and the importance of being generous even when you don’t have much yourself.

This is a simple message that has a big impact as we see Nuri grow to become surrounded by the love that blossomed as a result of his generosity. Accompanied by majestic and colourful illustrations that bring the characters to life, young readers will be captivated by the illustrator’s unique style.

The perfect bedtime story for 4 to 8 year olds.

Ronit Chacham lives in Jerusalem. She has published books for children (some of which won awards and have been translated), short stories and plays; she has created works for theater, performance arts pieces, street theater and puppet theater in Jerusalem and in London. Her theatre pieces have been performed in various theater festivals and have won awards. She has instructed children and teachers in drama and puppetry; coordinated community arts events; developed educational programs; written and researched for television productions; edited books and magazines. Currently she teaches creative writing and lectures about children’s literature and appears in schools as part of the “meet an author” programme. https://www.ronitchacham.com

Moran Yogev is an Israeli illustrator and graphic designer. She graduated with distinction from the Minshar School of Art in Tel Aviv. She lives in Kibbutz Hagoshrim in northern Israel with her husband Nis, children Adam and Omer, and their dog, Menny. Moran illustrates books and magazines for both children and adults where she specialises in print techniques, such as linocut and foam stamps. The books she has illustrated include

Yerus Goes to Jerusalem and Miriam, You Tell Me. Moran also illustrates for the children’s magazine Einayim and the magazine Liberal. She has participated in many exhibitions, including the Tel Aviv Illustration Festival and the Outline Jerusalem Festival.