Q&A with Helaine Becker for Gottika 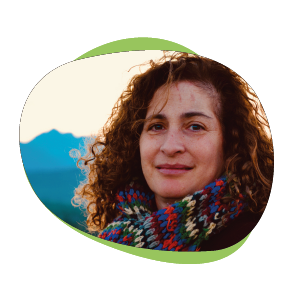 1. This is not the first publication of Gottika – can you explain the history of the book?

The book was originally written for older readers, and published in Canada by a small literary press, DCB Books. I showed it to folks at PJ Our Way, who liked it very much, but it was too advanced for their needs – there was ‘mature’ content. We decided it was worth investigating how I could revise it for a younger audience. So we did, and it’s a better book altogether now! (The photo is of the Canadian cover for young adults.)

2. Can you explain what has been changed for this edition?

I removed the more graphic violence and toned down any content about sex. I worked closely with a new editor to fine-tune the text for younger readers. We also shortened the manuscript – there were bits we realized we did not need, and others that needed clarification.

3. Which Jewish stories have you drawn on?

Certainly the number one influence is the story of the Golem. I’ve been fascinated by this tale since I was a kid, and I loved reworking the legend for a new audience. I also drew upon many stories from Torah; Joseph in Egypt, Queen Esther and Haman, and lots and lots of Kabbalah.

Inspirations also came from other cultures and people who have experienced demagoguery and oppression. The evil Count in Gottika, Pol, is named for Cambodia’s horrid tyrant, Pol Pot.

4. Was the character of Dany inspired by anyone?

People always tell aspiring writers to ‘write what they know’. I think what they are actually saying is that you have no choice but to write what you know – whatever you put down on paper comes from your heart, your soul, your life experiences. So Dany was not based on a particular person, but after the book was finished, I realized that a lot of Dany’s feelings and views were very much how I felt at a similar age. Even though I did not have a golem for a brother.

5. Why do you think the Golem is such a powerful character in art and literature?

Who doesn’t wish they had a superhero at their beck and call? The Golem legend speaks to a universal desire. And that’s also why it’s been adapted by so many people; by Goethe, in the Sorcerer’s Apprentice (and Disney!); by Mary Shelley, in Frankenstein; and in Siegel and Shuster’s Superman for starters.

6. How do you think children will react to the story?

I hope they find it exciting and want to stay up to read it under the covers all night. I also hope they find something in it that makes them think, and helps them see the world and their place in it in a new light.

7. When you were growing up what were your favourite Jewish books?

There weren’t that many for children in the prehistoric age when I was a child. The All-of-a-Kind Family series were favourites; my sisters and I read them over and over again. (From it I learned you could dye fabric ecru using tea, and for years I wondered what ecru was!)

I also fondly remember a book called Laura’s Luck by Marilyn Sachs. It was quite dated by the time I read it. It wasn’t a Jewish book, per se, but the main character was a bookish, Jewish girl from New York who was forced to go to summer camp. I related.