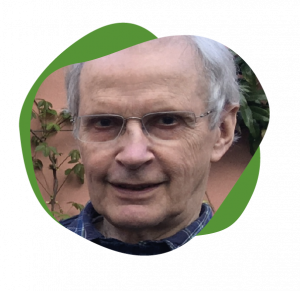 Hugh Allan, who lives in an English market town, is a freelance book production professional. He has many years’ experience working with publishers large and small on books of every kind; in the process dealing with printers in the UK, Europe and the Far East. For Green Bean Books he organises the printing, binding and delivery of their books. 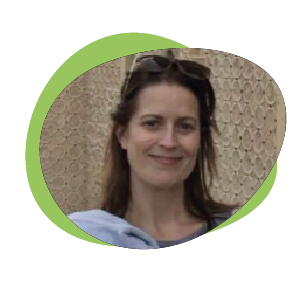 Kate Baker is a children’s book writer and editor. Her books include Wild in the City, Highest Mountain, Smallest Star (Winner 2019 UMaine Correll Book Award) and Walk This Wild World (Shortlisted for the 2018 English 4–11 Best Picture Books). She divides her time between London, Devon and Spain, and enjoys adventures with her young son, Freddie. 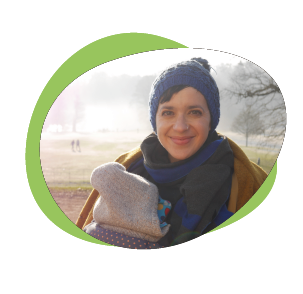 Mekella Broomberg first learned Hebrew at five when her grandmother came to live with the family. Until she was 5 she spoke it exclusively in a Moroccan accent, which she has now sadly lost. She is a culture maker, working with stories in lots of formats including books, films, puppetry and circus. She loves reading aloud to her two daughters (and also silently to herself).

Nathalie Eyraud is a designer who entered the world of publishing because of her love for illustration. She has been working for about 10 years in the children’s book industry. She used to be an in-house designer at Templar and Big Picture Press, and is now living in France and freelancing for international publishers. She loves bringing books to life in the most beautiful way possible and feels very lucky to collaborate with so many talented illustrators. 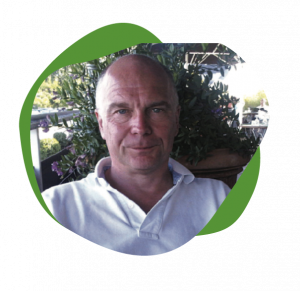 Ian Hughes is a cover and text designer for all genres of publishing. He has been involved with publishing since leaving design college, ending up as art director (for 16 years!) at one of the UK’s leading publishers, before setting up his own business in 2001 – Mousemat Design Limited. He designs many of the books on the Green Bean Books publishing programme. When relaxing, he enjoys cooking. Particularly the bit when you put on some lounge jazz and open a bottle of wine from the southern Rhone valley! Oh, and he compiles his own cookbooks. 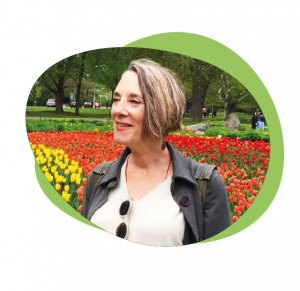 Born in Montreal, Gilah has lived in Jerusalem since age 21. Starting out as a freelance journalist, translator, writer, and editor, she became editor of The Jerusalem Post Youth Magazines. Later, during a stint as a writer at the Israel Centre for the Treatment of Psychotrauma she discovered the fulfillment of working for the benefit of others, and moved to NGO work in the developing world and in her backyard, in East Jerusalem. In recent years she has come full circle, back to her first loves.  She translated Naomi Ben-Gur’s book Who Will Ask The Four Questions?, Shlomo Abas’ The Sages of Chelm and the Moon, Ori Elon’s A Basket Full of Figs, Tuvia Dikman Oro’s But Perhaps, Just Maybe and she also translated Barefoot in the Sand, to be published by Green Bean Books in 2023. 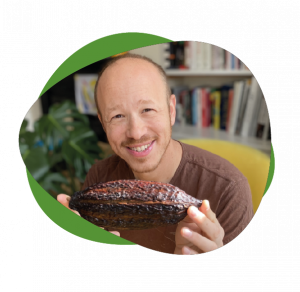 Michael Leventhal is the publisher of Green Bean Books and author of The Chocolate King He also compiled recipes for the fundraising cookbook Babka, Boulou & Blintzes. After twenty years publishing military history books, he wanted to try something new and work on books that his own young children – Sammy and Jack – would enjoy reading.  You can read more at www.michaelleventhal.co.uk 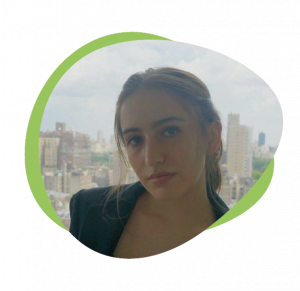 Romy Ronen was born and raised in NYC and graduated from the dual degree program at Columbia University and the Jewish Theological Seminary, where she studied Film and Media and Jewish Literature, respectively. In addition to being president and member of a variety of student organizations, she co-founded two student groups, one a platform for women in the creative field and another a film club. Ronen is a ‘36 Under 36’ Honoree, chosen by the Jewish Week/Times of Israel as one of the 2020 36 top Jewish innovators, activists and visionaries, and is grateful to have received numerous awards for her activities, published Op-Eds, and other written work. Bilingual in both Hebrew and English, Ronen is passionate about translating, and has experience in translating books, articles, essays, and creative writing from Hebrew to English. Ronen will be starting her Masters in Jewish Studies at Columbia University in the fall of 2022 and plans on then pursuing a PhD.  She is currently the social media manager for the Association of Israel Studies. She translated Menahem Halberstadt’s Just One More Thing… And Then Bedtime.  Find her on Instagram at @romy.ronen. 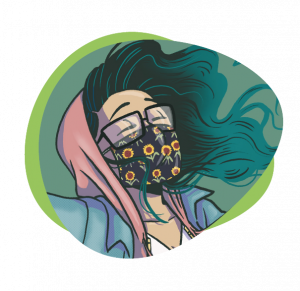 Saray Garcia Rua was born in Venezuela and she crossed the Atlantic Ocean when she was old enough to pursue a university education. She took a BFA in Pontevedra, Spain, and later a Masters Degree in Art Direction.  Currently living in London, Saray works as a graphic designer and illustrator. She designed the front covers of The Seventh Handmaiden and Going Rogue (At Hebrew School). You can find her on instagram and on Behance

And here a few pictures from the first Green Bean summer party, hosted by the brilliant Silvia Nacamulli and her family.