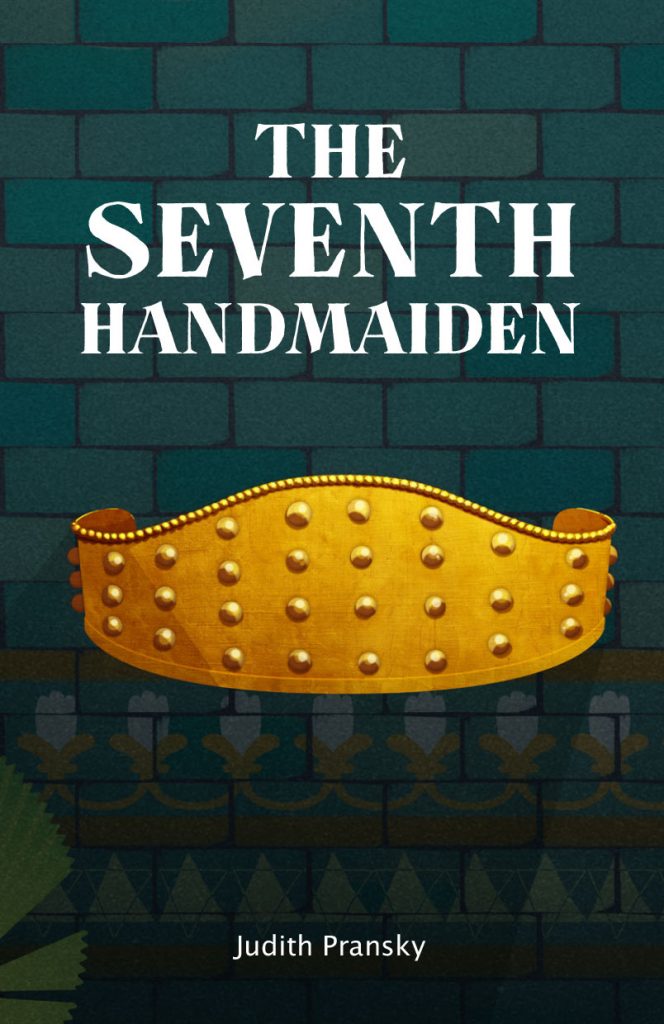 Darya does not remember how she came to be a slave or who she was before she was bought by an army captain for his motherless daughter in the ancient Persian city of Susa.

Protected and nurtured by the housekeeper and her daughter, Darya has as good a life as a slave can have, even acquiring the rare skill of reading and writing, which she learns alongside her young mistress. When the captain dies and the household is broken up, this skill proves to be her lifeline. She becomes the seventh handmaiden to the mysterious Esther, who is being housed at the Royal Palace while in contention to be King Xerxes’ new Queen.

However, life in Ancient Persia is precarious for women and outsiders, wherever they are in the hierarchy. When the King appoints a new Prime Minister called Haman, Darya and Esther are drawn into his murderous conflict with the Judean community and Mordechai, their leader, who lives just outside the palace gates.

In a world of discord and uprising, Darya seeks to fix the world around her and protect her friends, while also trying to unravel the mysteries surrounding who she is and how she became a slave. As she grows from childhood to womanhood she grapples with her own identity, her aspirations and desires and begins to understand the true meaning of both slavery and freedom.

Judith Pransky is a writer, editor and teacher who taught English and History in middle school classrooms for 20 years. She has edited guides to Philadelphia and published two books for children, Mister Lister and Mister Lister Strikes Again.

This unusual, finely-crafted book meets the criteria for consideration for a Sydney Taylor Award.

This unusual, finely-crafted book meets the criteria for consideration for a Sydney Taylor Award. Its mix of historical fiction, biblical retelling, and adventure make it a rare find in the Jewish middle grade genre. It will enrich the story of Purim for those who know it, and serve as an intriguing introduction for those who don’t.’ SydneyTaylorSchmooze.com

The Book of Esther in the Bible tells that Queen Esther, liv­ing in the women’s quar­ters of the Per­sian king, had sev­en hand­maid­ens to serve her. Based on this brief but impor­tant part of the bib­li­cal text, as well as on var­i­ous rab­binic and his­tor­i­cal sources, Judith Pran­sky has cre­at­ed a full char­ac­ter in The Sev­enth Hand­maid­en. In the nov­el, Darya, the sev­enth hand­maid­en of the title, is the cen­ter of a com­plex and com­pelling sto­ry about hid­den iden­ti­ty, Jew­ish sur­vival, and female sol­i­dar­i­ty. There have been many lit­er­ary retellings and new inter­pre­ta­tions of Esther’s sto­ry, but Pransky’s ver­sion for young adults adds new dimen­sions to this rich nar­ra­tive source. Read­ers will be engrossed in Darya’s devel­op­ment from a pow­er­less, enslaved child to a strong and intro­spec­tive young woman, and they will meet a Queen Esther not pre­vi­ous­ly depict­ed in fiction… This high­ly rec­om­mend­ed sto­ry includes author’s notes that pro­vide his­tor­i­cal con­text and explain which char­ac­ters are whol­ly fictional. – Emily Schneider, Jewish Book Council

This is a great addition to the Purim bookshelf

‘This is a great addition to the Purim bookshelf, and an excellent book for middle readers who enjoy historical fiction’. – Kathy Bloomfield, Association of Jewish Libraries President, Seal Beach, CA, USA