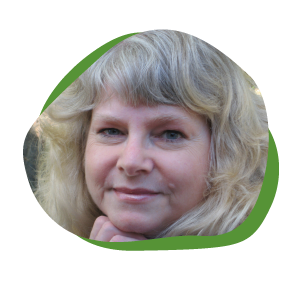 1. Calling Cobber tells the story of eleven-year-old Jacob – can you explain the story in just fifty words or so?

How does an eleven-year-old Jewish boy in a small Wisconsin town deal with feelings of alienation, loss and grief over the death of his mother? Can he find connection and healing in a world mostly populated by his ninety-nine-year-old great-grandfather?

2. Are the characters inspired by anyone you know?

Papa-Ben was inspired by my paternal grandfather, Harry Cooper, who emigrated from Ukraine in 1886, the same year the Statue of Liberty was erected in the New York harbour.

3. Can you explain where the original inspiration came from? Was it a haiku?

I was attending a writers’ conference many years ago when an African-American author challenged us to write about our own culture, not hers. In the margin of my notes, I scribbled a haiku very similar to the one Cobber writes for his teacher. ‘What is my culture?’ I wondered. I was ‘nothing’. Even my Jewishness seemed too precarious to claim as my culture.

4. How did you research Calling Cobber?

I researched Cobber’s magic tricks on YouTube, which was not available in 2000, when the novel is set. Catriella Freedman, director of PJ Our Way of the Harold Grinspoon Foundation, was extremely helpful in researching aspects of Judaism unfamiliar to me. My friend and writer Patricia Curtis Pfitsch helped me create the challah-baking gone wrong scene.

5. Which Jewish children’s books would you regard as classics?

6. What advice would you give to aspiring authors?

Read the kinds of books you want to write. Join a writing organization like the Society of Children’s Book Writers and Illustrators. Share your work with other writers in a critique group; don’t argue with members’ critique, be humble and teachable. Take what advice rings true and leave the rest. Remember that each rejection brings you closer to success. In the end, perseverance is more important than raw talent. I had 156 rejection letters before I sold my first novel.

7. How many full-length stories and short stories have you written? Which are you most proud of?

I haven’t written full-length stories or short stories, but I have published nineteen books for young readers, including eight in the Magic Attic Club series.

I am most proud of Zayde Comes to Live (illustrated by Kristina Swarner, Peachtree 2012), my only picture book. It won the following honours:

8. Can you say how long a book takes?

No. They are all different.

9. What would be your dream project as an author?

Honestly, since the death of my parents and birth of my six grandchildren, I am no longer writing.

Calling Cobber felt like a dream, though, because I had written it twenty years ago and trade publishers rejected it for being ‘too Jewish’. I put it in a drawer until I read notice that PJ Our Way was looking for middle-grade novels for Jewish boys. I worked on my manuscript with an editor there for two years, and she successfully sold it to Green Bean Books since I no longer had any publishing contacts.

10. Do you think it’s important for Jewish stories to have Jewish authors? (Similarly, for a Buddhist tale do you need a Buddhist author or illustrator?) Do you need an intrinsic understanding of the topic or can a writer research everything?

If the story reads and is experienced as authentic, and if it comes from the author’s heart, I don’t think the author needs to be Jewish. Much can be researched, and having Jewish readers early on can help ward off any embarrassing mistakes. Case in point: my editor for Zayde Comes to Live wanted a Jewish illustrator for cultural authenticity. She invited me to research and send her names. We both liked Kristina Swarner’s body of work and she was contracted to illustrate my book. After working with her, I discovered that she is not Jewish, but had grown up in a Jewish neighbourhood.