Q&A with Michael Leventhal, for The Chocolate King 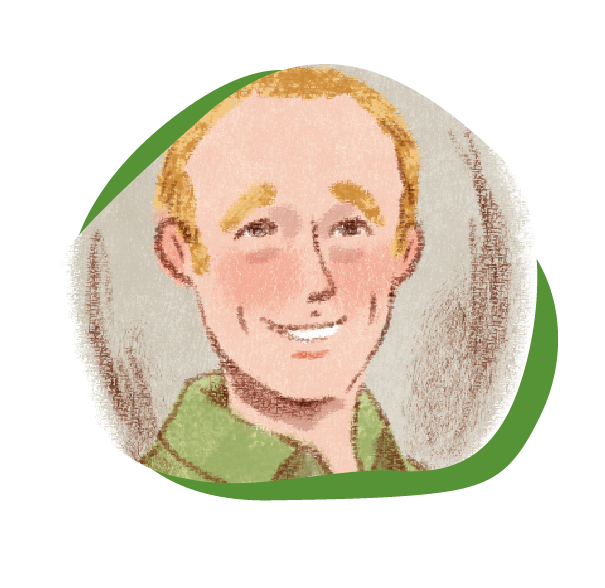 1. This is the first book that you’ve written for children – did you find it easy?

In one word: no! I started publishing children’s books in 2018 and wanted to try writing my own. I knew that it wouldn’t be easy but I significantly underestimated the amount of time and work involved.

It is no exaggeration to say that in a children’s book of this sort, every single word matters. I have written and rewritten the text countless times to try and get it perfect – but maybe it will get easier with experience.

I did co-author a book called Jews of Britain with Richard Goldstein, but that was a beginner’s history book for adults and, frankly, much simpler. Facts are facts and it is relatively easy to present them in a clear, chronological narrative. I’ve also compiled a fundraising book of history quotations (The Hand of History and a charity collection of Jewish chocolate recipes (Babka, Boulou & Blintzes) but neither of those books required much creative writing.

2. The book is based on the history of the Spanish Jews who introduced chocolate to France in the 1600s. How much research did you do?

The first step was reading an excellent book by Rabbi Debbie Prinz – On the Chocolate Trail: A Delicious Adventure Connecting Jews, Religions, History, Travel, Rituals and Recipes into the Magic of Cacao. I was also in touch with Rabbi Debbie and she was extremely helpful.

The second step was a trip to Bayonne, in the south of France, with my family in 2019. Bayonne is nicknamed the chocolate capital of France, because that’s where the chocolate industry started, thanks to the Spanish Jews who fled as a result of the Spanish Inquisition. They set up workshops in the early 1600s. Most of the story of the book takes place in Bayonne, so walking the streets and visiting the Jewish quarter of Saint Esprit was important.

I also wanted to learn more about the origins of chocolate and as a result, I was in touch with Maya and Aztec experts around the world. I know more about Aztec hairstyles, Maya jewellery and Mesoamerican bird plumage than I ever thought I would.

I’m lucky enough to be friends with knowledgeable enthusiasts and historians who were also able to advise me on everything from the correct sword hilts to ships and clothing from that time. I passed a lot of picture references on to the illustrator, Laura Catalán.

3. How important is it that the chocolate history is all correct?

Every day, more than a billion people worldwide enjoy chocolate, but most people still know almost nothing about where it comes from, or how it is made. I wanted to try and present history and information in a fun, accessible way. I think that as the author – and, perhaps unusually, as the publisher – I also have a duty to present an accurate picture. Frankly, there’s no excuse for getting anything wrong or including anything misleading but, at the same time, an author is trying to present something fun and engaging. A story is not meant to be a history lesson: it is meant to provide entertainment.

Fortunately, these days it is very easy to find and contact experts around the world on particular points and there are countless online resources. In fact, one problem is that there are too many sources and it is not easy knowing when and where to draw the line. Or, of course, which sources to trust!

4. Are the characters based on real figures, or your own creations?

I was not able to find records of any particular Jewish families from Bayonne, but I have tried to use names that I think were appropriate for that period for a Spanish-Jewish family. I used a couple of names that I saw in the Jewish cemetery in the village of La Bastide-Clairence, near Bayonne.

5. How did you find Laura Catalán for the artwork?

I was incredibly lucky that Tina Garcia, who did such excellent art direction for the book, suggested Laura Catalán as the illustrator. I think Laura’s work on this title is just marvellous. Her attention to detail is incredible. Thanks to Laura and her dedication, The Chocolate King is one of those books that you can look at for hours and find amusing details in every picture. I know that Laura also did her homework and, before starting, she went to a chocolate museum in Spain and waded through a lot of historical references. She continued to check, and double-check, that all the details were correct.

6. Where do you stand on the questions of diversity and the ‘One Voices’ debate – i.e. can only Jewish people write about Jewish history, or only Buddhists write about Buddhism?

This is an interesting and important question that I can’t fully answer.

It is clear to me that for many years children’s literature has not represented life fairly or accurately. As the father of two young children, aged six and eight, I know that the vast majority of the books on our shelves have white boys as the protagonists. I can’t think of any books in our large collection that have any characters in a wheelchair, unless it is a depiction of a frail older person. Aside from Heidi and The Secret Garden (where they both make miraculous recoveries) I have never seen anyone in a wheelchair as a main character in any children’s book, ever, but I do know of one that will be published in 2022.

My elder son has unilateral deafness (i.e. he is deaf in one ear) and I don’t think I’ve ever seen a book showing anyone with any hearing impairment – but why shouldn’t there be? Why do you rarely see any characters with disabilities, unless they are educational books which are specifically about those disabilities.

People working in children’s literature – authors, publishers and illustrators – have a responsibility to present material that reflects society in a balanced way, in terms of the way people look and act. Writers and artists are not educators: as above, their primary role is to engage and entertain and the most important thing to get right is the story. That said, I don’t see why both things can’t be done at once: engage, entertain, but in a way that reflects all experiences and all of society.

The ‘Own Voices’ debate is a tricky one: I don’t think anyone should appropriate anyone else’s history, but I also don’t see why a writer who does their research properly shouldn’t write about anything they choose – otherwise we would all be confined to writing about our own experiences. The point of being creative is to write about things that are not solely part of our own lives.

7. How long did it take to write The Chocolate King?

After the idea popped into my head, I would say it took one year, and then another year until the book was published. I had a lot of very useful feedback from friends and one of my long-standing editors Kate Baker.

8. What children’s book will you write next?

I have no idea! I’d like to something with a female protagonist, perhaps exploring another chocolate episode in history. I’m also discussing co-writing another book with a friend, based on the Babel story.

At the moment I’m writing articles for different journals on different aspects of the Jewish chocolate journey and trying to find out more about the origins of chocolate gelt. I think that it was Loft’s and Barton’s of New York in the 1920s that were the first companies to make chocolate gelt, but the tradition of giving money goes back much further.

9. How much chocolate do you eat?

I am a confirmed chocaholic! I eat some chocolate most days of the week, but I try and eat just a little amount quality chocolate rather than guzzling down too much.

Through writing The Chocolate King I’ve learned a great deal about the Jewish role in the history of chocolate, which is essentially a result of emigration around the globe, as well as the way chocolate is produced. I’m far more conscious of the challenges of the chocolate industry, and of the exploitation of cocoa farmers. It is not my role, as an author or publisher, to lecture anyone on what they eat, but I have become more careful about which chocolate products I buy and I now try to favour the more ethical manufacturers.

As an aside, we know the young Albert Einstein enjoyed hot chocolate – his hot chocolate cup is in New York’s Leo Baeck Collection – so you could argue drinking chocolate is good for your brain.

10.  Any tips on which chocolate to eat?

There are too many great chocolates to list, but in terms of Kosher chocolate that is available in the UK, I’d recommend Pacari and Firetree, along with Seed & Bean and Divine. CocoaRunners also make up a brilliant Kosher selection kit. As above, I think it is important to check the ethical rating of companies to be sure the cacao farmers are getting paid fairly.

11. What is your overall impression of Jewish children’s literature today?

That’s a question that demands a very long answer.

Firstly, I’d say that Israel is a fantastic hub for brilliant children’s illustrators at the moment. There are so many incredibly talented artists working there and some of their work will be on Jewish material. I’m fortunate to be able to publish the work of inspiring Israeli illustrators, including Omer Hoffmann, Aviel Basil, Menahem Halberstadt, Rinat Hoffer and David Polonsky.

Secondly, the Jewish community has an incredible canon of folk stories and midrashim to draw on for wonderful, intelligent children’s tales. These are stories that have stood the test of time.

Thirdly, there are plenty of brilliant Yiddish writers like I.L. Peretz and Isaac Bashevis Singer, but also numerous lesser-known stories, and many of these are now being resurrected for a new generation of readers; Miriam Udel recently completed a brilliant anthology of Yiddish children’s tales called Honey on the Page, which I would strongly recommend to anyone.

Finally, I have to add that the PJ Library charity has done an incredible job in distributing millions of Jewish children’s books to readers around the world in different languages. This has made it possible for English-language publishers like myself to undertake wonderful projects. Children’s book publishing is not a lucrative field, but with the support of PJ Library it is possible to publish fantastic new illustrated children’s books for a niche Jewish audience.