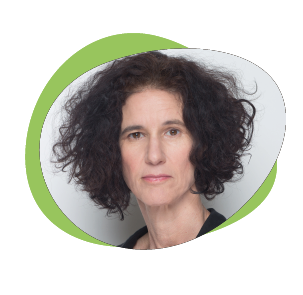 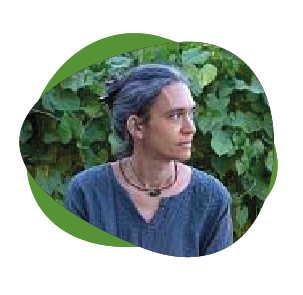 1. Rabbi Akiva was an incredible Jewish scholar – but can you remember when you first learned about him and his life? Did you grow up with these biblical stories and is it something you would have known from a very early age?

I grew up in a very secular home. However, my grandfather, who was a religious man, used to tell me stories, mainly biblical ones. I had known the story of Rabbi Akiva from a popular song that was played quite frequently on the radio. Listening to the song, I drew in my mind an image of a shepherd who fell in love with a woman named Rachel, who was the daughter of a man called Kalba Savooaa – satiated dog in Aramaic. That name stirred me up more than any other thing in the song.

2. What other Rabbi Akiva stories have inspired you?

I wrote one story about the long years Rachel has waited for Akiva, who had gone to study at a faraway Yeshiva – all the while bearing in mind that I needed to add a footnote saying how very non-feminist this model of behaviour was.

3. Rabbi Akiva was a shepherd who became a student when he was forty years old – were you a good student at school?  Did you study Torah? (I guess you never had to tend sheep in Romania or Israel.)

I was a very good student at school but nonetheless an exuberant girl and very much in touch with nature, and therefore I could identify with those two sides of Rabbi Akiva. I had studied Torah in a secular school and loved this whole field’ the stories and the special language. I was amazed by its beauty and couldn’t understand why other children found it difficult and incomprehensible.

4. Rachel is not mentioned in Signs in the Well, but which Torah stories about her do you like reading?

5. Rabbi Akiva did not learn to read until very late in life – have you achieved anything that you are proud of?

Any field or subject I write about becomes a field of research which I study thoroughly for a long period of time and become quite knowledgeable in it. In the years I have been working on my book Our Legends – my version of the legends of the ancient Jewish sages – I have broadened my knowledge of this field tremendously; The biographies for children I have written of the authors Astrid Lindgren and Leah Goldberg made me a specialist in their work; and my last book, Who Invented School?! And Other Questions Worth Asking on the Way There, has made me a mini-specialist in the history of education and of schools. On the other hand, I refrain from dealing with things that don’t come easily – and that’s not something to be proud of.

6. What other Jewish teachers or rabbis have inspired you?

The unknown ancient Hebrew sage who said: Each boy is special and ought to be educated according to his nature.

7. When you were growing up, what was your favourite children’s story or Talmud tale?

The legend about King Solomon and the Queen of Sheba: although the notion of feminism was unfamiliar to me, I admired this woman who had outsmarted King Solomon, who was regarded as the wisest of men.

8. Because you are now both living in Israel, do people expect you to write and illustrate about subjects of Israeli or Jewish interest?

Regrettably, no one expects me to write anything. It seems that book publishers in Israel today have to recover from the coronavirus crisis. Anyway, my next book deals with the universal question of How Do Babies Come to this World and tells children the scientific truth alongside all the different ways and arrangements – not necessarily in accordance with the Jewish religion – to bring children into the world.

9. What advice would you give to children, or little wannabe scholars, on learning their aleph bet and Talmud?

A word of advice to learners: look for the subversive message hidden in the story. Stories of the Talmud usually have a ‘double bottom’ which enables them to be read with a different interpretation. Look for the other interpretations and beware of the established ones. Learn to think independently and to figure out what the story offers you.

10. What would be your dream writing or artistic project?

Over the years I’ve written fables – some of which are subversive versions of well-known fables and stories, and others that are originally mine – and I would very much like to put all of those together in a book (that costs a lot of money and is intended to a small public).

The artwork for Signs in the Well is simply stunning and the story of Akiva is beautifully told – thank you.